Chancery Judge tries to do right, but gets it wrong.

The Law firm Berger Harris of Delaware, represented by Brian M. Gottesman, may have inadvertently covered for bad contractor and used testimony known to be false in their representation of defendants in the Hockessin Community Center 225 Action Complaint.  A local contractor demolished part of a habitable Brown versus Board of Education historic landmark by (1) demolishing historic panoramic back windows, (2) adding an incomplete “addition”, (3) removing the building’s HVAC and (4) causing the Hockessin Community Center to pay rent in another location.  The debt created by the contractor’s work debt doomed the site to an uncertain financial future.

After attempting to help the Hockessin Community Center, HWI Partners’ due diligence uncovered that the contractor never completed the foundation survey needed to proceed. Completion of a foundation survey may indicate less than 20% of a projects completion.  However, nearly 100% of the allocated budgeted costs had been exhausted.  As a result, the project failed due diligence.

Out of resources and financial backers, the Hockessin Community Center Board Chairman, Leslie Cammock, and its executive director, Roslyn Smith, requested HWI’s help despite the failed due diligence report.  As a result, HWI and friends formed the Hockessin Heritage Foundation to donate the needed consulting and financial resources to rescue the ailing Hockessin 107 Colored School.

Cammock and Smith led the Hockessin Community Center into Chancery Court against directors who ignored due diligence break-up fees, which they contractually agreed to, and a contract with the Hockessin Heritage Foundation to rebuild the historic landmark and add educational resources commemorate with its restoration.

In an expedited court action pushed by the Berger Harris law firm, the court struck down the rebuilding efforts and left the center’s future uncertain and without financial partners.  The lack of discovery on a host of issues stopped the misdeeds of the defendants and the local contractor from being exposed, along with two former Judges who joined the fray first as counsel for the Center, and then as, suitors to “help”.  Not only did the Court oversee the potential perjury of a former judge who served as one of the Hockessin Community Center’s former lawyers, one of the Judges testified against the Center’s then Chairman in regards to a contract which he oversaw the signing of as the Hockessin Community Center lawyer.

The court also allowed a group of good Samaritans to be misled by individuals of an insurgent group which attempted to take the Center from its owners nearly 60 years earlier, (led by the law firm of the former Judge in question) directly after the 1954 case when five individuals purchased the Center.  This earlier insurgent group has now succeeded in taking what they could not take sixty years ago, through this ruling.

The property will likely sit unused, until its runs into such disrepair that it is condemned and the statute of limitations ends on the local contractor who damaged the Center by using nearly a million dollars of state money without any apparent positive gains.

Shame on the system for failing in this case.  Hopefully, the new owners and directors can find a way to revitalize the history and educate our kids on why the site is historically important, before the significance of the site is forgotten or turned into ruins. 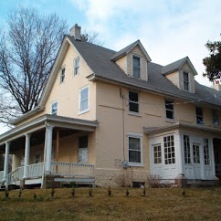 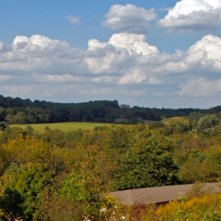 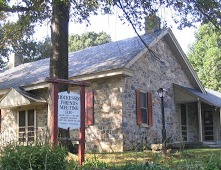